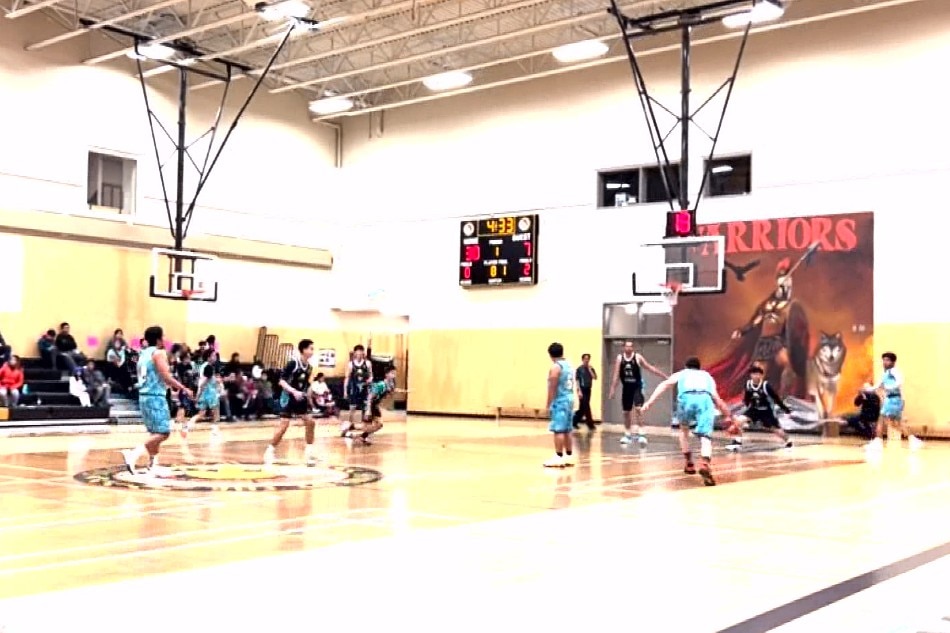 Eighteen teams of Filipino Canadians gathered at FH Collins Gymnasium to kick off the biggest basketball tournament of the year in Whitehorse.

“With this unity game, we expect more basketball fans to join us,” FCBLY Vice President Dominic Pelayo said. “We come to take a look at these beautiful talents of these athletes and we can go so far as to bring them to the territory and even all of Canada as we go and move forward seeing the Canadian Association of Philippine basketball.”

Northwestel and Triniti Dental-JPR Cleaning faced off in the opening match, with the latter winning.

The teams received tremendous support from Whitehorse businesses whose sponsorships played a big part in the success of the event.

Representatives of the Yukon government were also present. They include the Hon. Ranj Pillai, Member of the Legislative Assembly for Porter Creek South, and Jocelyn Curteanu, Alderman of Whitehorse.

“It’s the most excited I’ve been and it’s just because now everyone is in the same room, competing, working towards the same goal and just bringing our community together,” Curteanu said.

Along with promoting Filipino camaraderie and unity, organizers also hope to inspire young people to play basketball through events like this.

“We want to develop more skills not only for adults but especially for children,” said CFAY Sports Committee Chairman Romeo Gayangos.

Meanwhile, FCBLY President Luke Mahilum said, “If they want to play basketball, focus, work hard and the most important thing in basketball is respect.”

The basketball tournament is just the start of the 2022 Winter League in Whitehorse. Events for volleyball, badminton and other sports will also be launched this month.

Reviews | Kanye West’s anti-Semitism is bad for business. And what about…

‘Can you top that?’ Former High Point player stands tall in NBA history